When I was in tenth grade, 1980-1981, I published a weekly “zine” (the kids today might call it a mini-comic, I dunno) featuring ongoing adventure storylines in comic strip form. Yes: weekly. Not that I hit every deadline. I think of it as was early practice for launching Modern Tales 23 years later. As a matter of fact, the work I did on this zine has informed every aspect of my adult career, from Free Speech TV (organizing contributors, getting people excited about the channel I was creating for them to put their material in, promoting it to viewers) through to my work at E-Line Media.

My friend Ben Adams happened to mention that he still had some of the issues, so I asked him to scan some — and he was kind enough to do so. Here’s issue # 3: 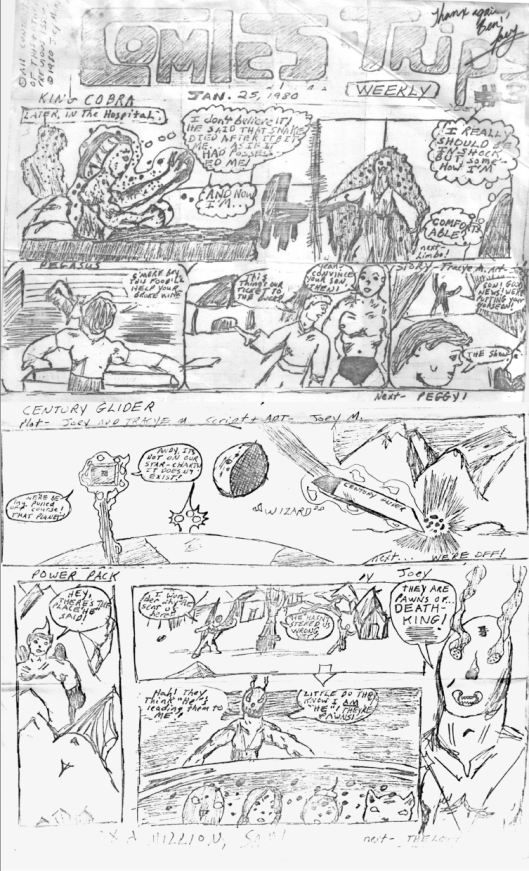 C*TW, as we called it, got a lot better once I had my friends (including Ben!) start contributing their own stories and art. I’ll post some of those later.

[CORRECTION: Upon closer perusal, it seems my cousin Tracye helped me write some of these stories. I don’t remember her being involved … but my memory is less reliable than, you know, her actual name in the credits of a couple of these strips. Sorry, Trace!]